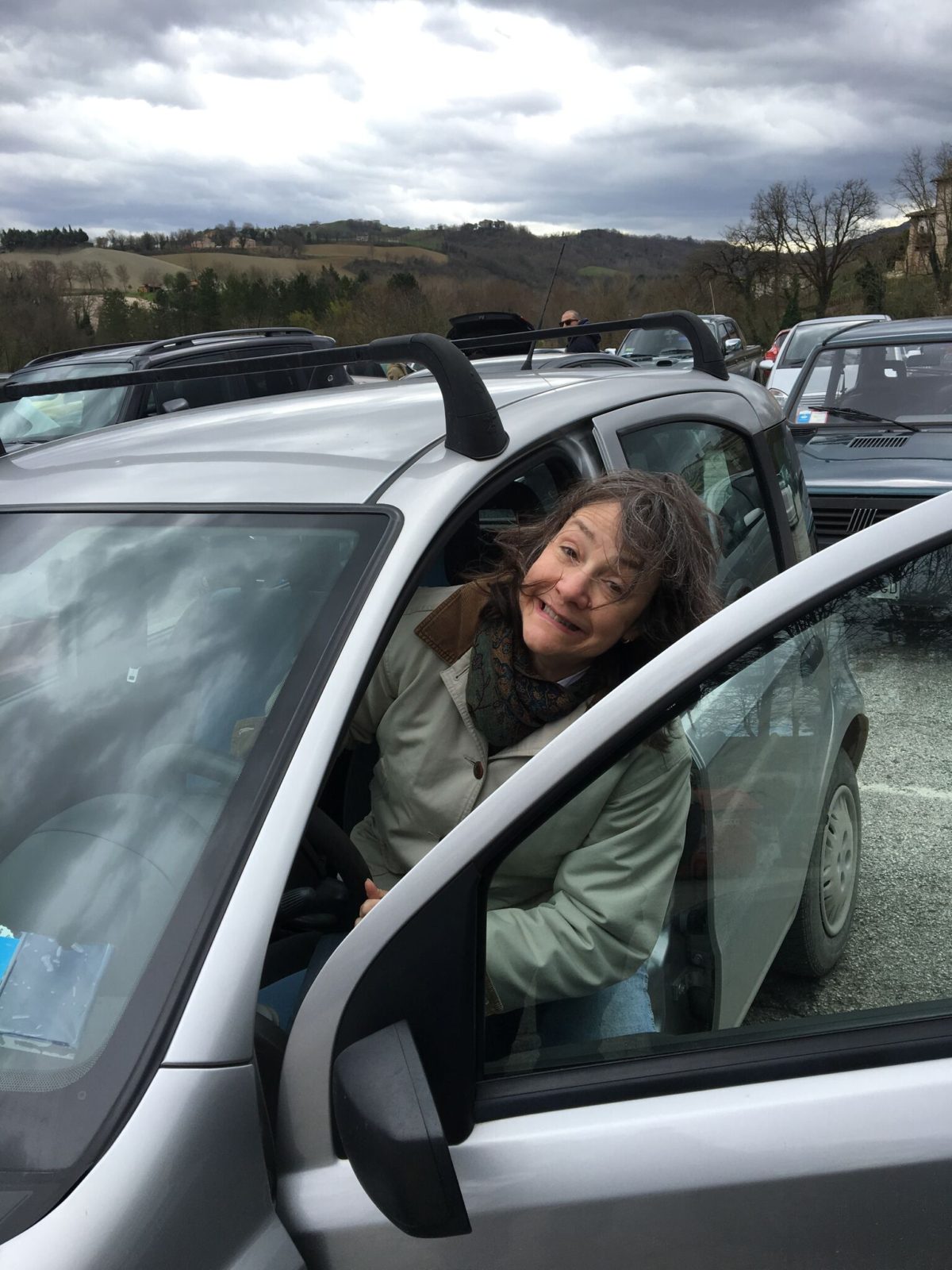 Hey, remember how proud I was of passing the written driving exam in Italian? Turns out, that was the easy part.  We thought we’d sail through the practical portion.  What hubris.

Like a lot of Americans, Michael and I learned to drive, and got our original licenses on cars with automatic transmissions. Many folks I know never learned how to drive a stick. The first standard shift vehicle I drove was my brother-in-law’s 1970 Toyota pickup. You really had to beat on it to change gears.

After learning, I stuck with a stick shift because I thought it was cool. My first new car was a 1979 Fiat Strada (Ritmo in Europe). I drove it for 11 years. Towards the end of its life it had a few quirks, like every time I stepped on the brake it would stall. I lived in Seattle at the time, a city with many hills, and I got VERY GOOD at popping the clutch to start up again.

So, after a combined total of 95 years of safe driving, Michael and I assumed we knew how to drive. But apparently not according to our instructor, Fabio, a former race car driver.

I don’t think Fabio was meant to be a teacher. He gets exasperated with us frequently and shows it with culturally appropriate passion, shouting, “Calma, calma!” and sighing with disgust when we do something wrong. I have some habits when using the clutch that drive him crazy, so much so that I’m thinking of changing my name to Sue La Frizione because he yells it at me so often.

Learning new tricks when you’re an old dog is harrowing. I am getting better at parallel parking by using the right side mirror, but I still don’t remember to turn the steering wheel precisely one-and-one-half times to straighten out. I now shift down and up on curves as though I, too, was an Italian race car driver, but my top speed rarely gets above 70 kph.

I no longer cry when he yells at me. I take deep breaths and wonder if he treats his teenage students this way and whether he’s getting an ulcer from all the frustration he must feel.

Our exam is this Friday. I figure I have a 60 percent chance of passing. I’m not sure what happens if I don’t.  I guess I’ll just have to begin again.